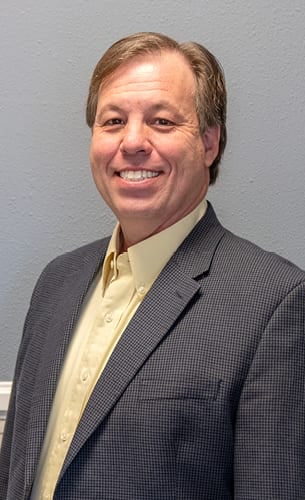 Brock Wolff, a former attorney has over 25 years of leadership experience with nonprofit organizations and behavioral health services. He grew up and attended school in Vermillion, South Dakota where his father was a professor and his mother taught elementary school.

After graduating from law school, Wolff took a job as a Risk Management Coordinator with Southeastern Behavioral Health Center, the largest mental health center in South Dakota. Over the years, Wolff served in executive leadership roles for Ohio-based Family Resources, Orchard Place in Iowa, Nexus in Minneapolis, and other non-profit organizations. He was credited with transforming the organizations and increasing their budgets and profits by the millions. In 2018, after a great deal of contemplation, he and his family decided to move toward the Southwest.

Once in Albuquerque, Wolff received an offer from Acadia Healthcare, a large national for-profit mental health system, to serve as a Project CEO. In that role, he helped advise and train other CEOs within their organization. This position, while rewarding, involved extensive travel all over the U.S. He then took a position with COPE, Community Outreach and Patient Empowerment, in New Mexico before COVID hit and led Wolff to explore other opportunities.

That’s when Wolff decided to join ASLHC as Executive Director. Wolff says he was proud to accept the position due to the great services provided within, the wonderful workplace culture that exists here and the potential for growing the organization.

Wolff has been married to his wife Kimberly, a labor and delivery nurse at Lovelace Women’s Hospital, for more than two decades. His daughter Kaitlin just graduated from Minnesota State University and plans to move to Albuquerque to attend grad school here, while his son Brandon attends Central New Mexico College.

To request an appointment or connect with our team, please complete the form.